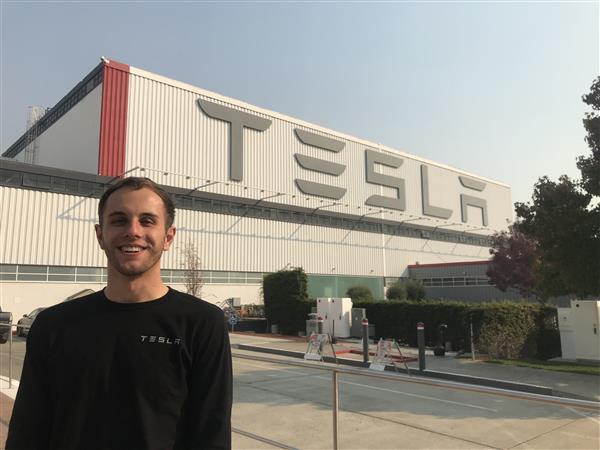 According to Merriam-Webster online, one of engineering’s definitions is, “the application of science and mathematics by which the properties of matter and the sources of energy in nature are made useful to people.”  If that is the case, then junior SED student, Alex Darragh, has entered the right career.  Growing up, he became increasingly concerned about the effects of climate change; from there, his concerns became a calling. 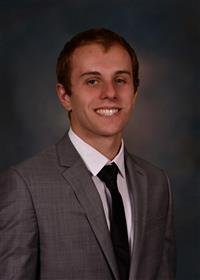 Currently an intern at SpaceX at Cape Canaveral, Florida, Darragh has to be hush-hush on just exactly what he’s doing there but he did give us a generic description of his duties:  “On a general level, I worked on the data and control systems team. For this team, I helped design and build control systems for the launch pads, recovery vessels, and rocket transport ground support equipment.” One of the perks of that assignment was that he got to watch 4 SpaceX rocket launches, including a falcon heavy and a demo 1 crew capsule launch.

SpaceX isn’t the only Elon Musk company Darragh has spent time with; twice, he has interned at Tesla, where he worked in the world renowned “Gigafactory”. There, he was part of the Automation Control’s Engineering team. For you tech geeks in the audience, he wrote ladder logic code to control industrial automation.  For the technically challenged, his second internship might be a little easier to follow.  He worked on the initial phase of an electrical layout of a new manufacturing line for the Tesla Model 3.  Not bad for the tender age of 21.

But when did the love of engineering start?  According to Alex, it began when he participated in the “Team Indus” Google Lunar Xprize competition his freshmen year of college.  “The company invited students from around the world to submit designs of projects they could take with them to the moon.”  Alex and his teammates design a miniature greenhouse that could possibly grow plants in lunar soil-real lunar soil-directly from NASA’s Johnson Space Center.  That prototype and their research, led to them being selected as one of 14 teams-out of 3,000- that got to present in India; once there, they were one of 6 teams that advanced.  So, is there a garden growing on the Moon right now?  Unfortunately, no.  Projects cost a lot of money and just to get their design up to the land of green cheese, would have cost plenty of other green: $750,000, to be exact.  With the short timeline and that ginormous amount, they just weren’t able to raise the funds.  However, he is very grateful for the experience.

Darragh is also grateful for his time at the University of Illinois.  He said he chose the college because of its world class reputation and he says this decision has been rewarded many times over. While looking for an internship the summer of his sophomore year, he went to an ISE after hour’s event.  While there, he met with a Rockwell Automation recruiter. “This conversation lead to an interview and a summer internship offer. The internship at Rockwell was a key stepping stone to both my internship at SpaceX and Tesla as at both companies I have worked extensively with Rockwell’s hardware and software.”

Even though Darragh is loving his time at Cape Canaveral, he is excited to return to school in August and he is excited for his future.  He hopes to land a permanent job with one of Musk’s companies and work in the control systems field where he could do industrial automation; work on the launch pads; or even have his hand in their rocket testing facility in McGregor, Texas.

No matter what he does with his degree, one of the main focuses of Alex’s career will be the environment.  “My dream project would be inventing a new product that in some way lowers our GHG emissions and hence helps us address man made climate change.”

Alex Darragh has some advice for other engineering students that might be struggling with their choice of majors-pick a cause.  “For me my main passion has been addressing climate change, and this cause has been very motivating for me to work hard to try to make a difference.... Once you have found a cause you're passionate and excited about, I don't have any better advice on being successful aside from work hard.”

He also has some parting words for his fellow engineering students.  “I would urge other students to look for companies and projects in the outside world that gets them excited about engineering. Probably the best aspect of my experience is that I have gotten to see the amazing things engineers can accomplish. While staring at the textbook or scribbling down homework it's hard to see what this school work can do, but if you look up into the world around us you’ll find excellent engineering saving lives, improving living conditions, and making our world a better place. After seeing what engineering can do, when you look back down into your daily work it will probably seem much more meaningful.”

The ISE department looks forward to what will definitely be an impressive and world-changing career from Alex Darragh.  We are proud of his accomplishments.  Next time you look to the night sky, amongst the bright stars, just remember, there’s a little bit of orange and blue up there, too.