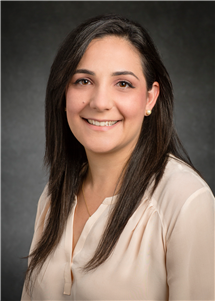 Professor Alexandra Chronopoulou has lived all over the world. She grew up in Athens and earned her PhD at Purdue. She later did her post-doctorate work in France at the Institut National de Recherche en Informatique et en Automatique (INRIA) focusing her research on Biology, Genetics and Statistics. After leaving France she became a professor in Santa Barbara, California, and later in New York, New York.

Chronopoulou has been teaching at the University of Illinois in the ISE Department since fall 2014. Chronopoulou says, “I grew up in a big city… I was used to a very different lifestyle. Everything was very fast. As I grew up and I moved to different places, I started to appreciate a more quiet way of living where you can actually focus on things that are important like family and work. That’s something I can find here.” She also says she enjoys how the U of I “gives you many opportunities. That’s really important. That’s the main reason that I’m here.”

Chronopoulou says her background is in statistics and applied math, which influences her decisions in research. She says, “I’m interested in modeling systems that have some randomness in them…. In particular, my focus is on models that have long-range dependence.” In models with long-range dependence, observations that are very far apart in time or space are strongly dependent. Classical statistical/probabilistic models are not able to capture this type of dependence. Chronopoulou says her research is focused on how to “develop new statistical techniques in order to better describe this phenomenon.” She says, “This has applications in mathematical finance. It has applications in biophysics, biology, or internet traffic networks, hydrology, and other areas.”

Currently, Chronopoulou is working on multiple research projects. Her main focus is on modeling stochastic volatility models with long-range dependence. With her PhD student Qi Zhao, they are working on option pricing and hedging strategies under these type of models. She says, “During the 2008 Wall Street crash, the market’s volatility was extremely high which drove the math finance community to explore new models.”

Chronopoulou is also working on statistical interference on customer choice models. Essentially, this uses data from problems to make a judgment regarding consumer decisions. Chronopoulou says, “These problems in practice have a lot of interesting data. For example, the data is sparse due to missing observations or exhibit latent structures, and therefore efficient statistical methods need to be developed.”

She says, “I’m working with a couple of master’s students on healthcare applications.” Chronopoulou is working on modeling hospital waiting times and hospital readmission rates that are directly linked with the quality of a hospital. “What I’m doing is I’m trying to assess how interventions in policies affect the readmission rates.”

This fall, Chronopoulou and ISE graduate student Marigold Bays-Muchmore are working together on a survey for Illinois engineering students. Chronopoulou says their goal of this research project is to find out “the perception of engineering students when they enter and how that is formed throughout their first year in the department.” The first survey is already given to students and then another survey would be given out later in the year to see how student’s thoughts have changed throughout the year. Chronopoulou says their goal is, “to see what drives people away from engineering, why people move from department to department, what are their incentives and how their University experience affects their decisions.”

Looking at her own work, Chronopoulou says, “When you do research on something, you’re better at teaching it because you know the big picture.”

She says her students are her favorite part about teaching financial engineering classes. “They are very motivated, they know why they’re here, and they know that they have to work hard to get their degree and move on to their professional life, so you don’t have to do much convincing why they have to be in the classroom, or why what you’re doing is important.” She says, “The students are very enthusiastic and they work very hard… I love it.”

Chronopoulou also teaches a class for senior industrial engineering undergraduates focusing on quality engineering. She says she also likes “working with undergrads a lot. They bring a different energy in the classroom.”

Chronopoulou says she enjoys working with master’s and undergraduate students groups equally. “As long as there’s interactions [in class] and the students seem to be excited, I don’t have a subject preference. What I care more about is the relationship that I have with the students rather than the topic.”

Both of Chronopoulou’s parents are teachers in Greece. As a teacher herself, Chronopoulou says, “I think that when you work with students it makes you think about your own research as well.” She says she gains a lot of things from teaching as well, and feels “immediate joy in a sense when students are happy.”