Professor William “Bob” Norris came back to campus three years ago, bringing a storied background in education, industry, and the military. Starting with little more than his abundant know-how, and a vision to make a center of autonomous vehicle research in ISE, in three years he has built the Autonomous and Unmanned Vehicle Systems Laboratory (AUVSL) into a network of students and faculty, a fleet of self-driving vehicles, and an impressive list of ongoing research projects and contracts. 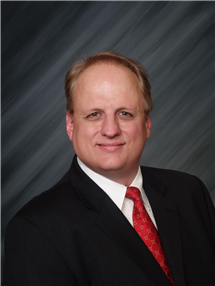 Norris, his students, and collaborators have worked on everything from robot-augmented wheelchair design for the National Science Foundation to autonomous construction equipment for the Army Corp of Engineers.

For many of us, when we think of self-driving vehicles, we picture automotive on-road passenger vehicles. While Norris has some interest in passenger vehicles, AUVSL is more focused on construction, agriculture, underwater systems, and other applications that may prove more expedient (and less problematic) to implement than the self-driving car. AUVSL is also, with Bob’s expertise, interested in applications that may result in usable machines.

Since Bob’s arrival on campus, the Army Corps of Engineers has donated $18K worth of drones—eight in all. These drones range from the modest 3DR solo quadcopter through the DJI Phantom up to the full-sized Matrice 600, which can carry a 6-kg payload.

The Jackal, a small SUV-like vehicle, provides a versatile, portable system that is easily modified. A jackal was used, for example, to develop the feature on the robot-augmented wheelchair that scans the ground for obstacles.

The newest arrival to the fleet is also the biggest: an R-Gator, courtesy of John Deere. The R-Gator is an autonomous SUV with tele-operation and human-drivable capabilities. It can carry about 1400 pounds at 35 MPH, cross-country. It has been marketed primarily as a military vehicle used to help troops transport heavy materials. In Norris’s lab it will be used for experiments and development.

And the lab has also gone underwater. A collaboration with Technip FMC (the company whose subsidiary Schilling Robotics, who provided the robotic arm on the vehicle for the Titanic investigation) will improve unmanned underwater vehicles used to map large scale mining fields, under current, for subterranean gas and oil using sonar combined with vision.

One of the problems with underwater autonomous vehicles is that there’s no GPS, and with drift from ocean current, it’s a challenge to design a vehicle system that knows where it is. The project involves, according to Norris, “new ways to do localization, new forms of control systems, sonar and vision system integration for positioning underwater… dealing with currents and controls, and station keeping…”

Why so many different types of vehicles? The answer lies in systems thinking. Norris says, “Many of the problems incorporating autonomous systems are platform independent. Asystems perspective allows us to solve similar problems across platforms.”

Current and future systems and industrial engineering students working under Professor Norris in the AUVSL are getting real-world experience programming robotic vehicles, and the lab is growing with no signs of slowing.

Professor Norris and colleagues are in the process of creating a Center at the U of I focusing on autonomous construction, agricultural and other industrial or military applications across vehicle platforms. So far the center has funding from the Discovery Partners Institute and a Strategic Research initiative Grant from The Grainger College of Engineering and is interested in  establishing industrial partnerships.  And when Professor Norris builds it, more robots will come.