Harrison Kim: It's Getting Easier to Be Green 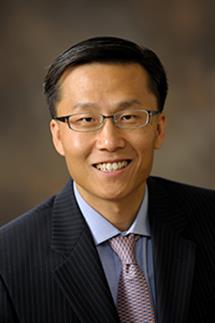 Green is the color of both money and the environment, but the two are not mutually exclusive, says Harrison Kim, ISE professor. For the past 14 years at Illinois, Kim’s lab has been pioneering and refining a methodology that helps manufacturers design machines and devices that are both profitable and more environmentally sustainable.

“Our team calls it Green Profit Design,” Kim says. “When companies go green simply to boost their public image, it’s not going to work. Companies need to be green and make money at the same time.”

Kim’s methodology can be used for designing products of all types, from cellphones that fit in your pocket to large-scale farm machinery and even airplanes. In fact, Kim’s Green Profit Design has been embraced by John Deere, the farm machinery giant known for its green-colored equipment. Deere product designers use Kim’s methodology to calculate the environmental impact of a machine over its entire lifespan.

What’s more, Kim’s system makes it possible to do this calculation in minutes.

“An analysis that used to take six months to do now takes only six minutes,” he says.

This groundbreaking methodology earned Kim a John Deere Supplier Innovation Award in 2015—a major award that the company had never given to a university research partner before. Each week, Kim’s team has a conference call with Deere managers to talk about product development and manufacturing from the perspective of environmental sustainability.

“Every product generates an environmental footprint over its lifespan,” Kim says. Therefore, his methodology takes into account energy consumption over a product’s life, and it even factors in energy used during the manufacturing process.

Kim was born and raised in Korea, but he came to the University of Michigan for his PhD, which he completed in 2001. After finishing a postdoc at Northwestern University, he joined Illinois in 2005—just as General Engineering was being transformed into ISE.

He says that when he came to Illinois, “I started paying attention to the life cycle of products. I became very much interested in how a product is designed and used. I also wanted the research in my lab to have real-world implications.”

He began his work with small, short-life consumer electronics—such as cellphones. While users of large-scale, heavy-duty machinery will hold on to their equipment for 20 years, the average lifespan of a cellphone is only 18 months.

“Cellphones are loaded with high-value material, such as precious metal and a lot of plastic and glass,” he says. “But we’re just wasting it. We burn it in an incinerator, which is bad for the environment, or we bury it.”

According to Kim, more than 100 million phones are retired every year, but less than 10 percent of the material from them is recovered. This waste drew him into studying ways that cellphones can be designed to be easily disassembled, allowing valuable components to be saved and recycled.

Kim says his lab is all about design, with their first pillar of research being sustainable design. Their second pillar is renewable energy systems and the third pillar is understanding customers through design analytics.

“When customers buy products from Amazon or Best Buy, some will write reviews,” he notes. “So, we became interested in how to capture this information—what customers are saying.”

In the past, companies relied on expensive and cumbersome surveys and customer interviews. “But today this kind of data are free,” he says. “My lab has developed the capability to automatically sweep this massive-scale data from publicly available sources, such as Amazon and Best Buy. Then we analyze it in an automated way to understand what customers like and don’t like, and in what context.”

The information can then be used in designing products to meet customer needs and desires. It’s called “customer sentiment,” Kim says. His team gathers data on everything from cellphones to laptops and fitness trackers, but when they started this work 14 years ago, “it was uncharted territory,” he says.

In one of his newest efforts, Kim is taking a look at all kinds of currently available products to determine what the effects will be to switch from a fossil-fuel-based system to a renewable-energy-based system. What impact will it have environmentally, and how long does it take to recoup any additional cost? In addition, he is looking at impacts at the residential, county, state, and even national levels.

But for Kim, his commitment to sustainability reaches beyond the lab to his home. For example, he says his snowblower sits in his garage, and most of the time it’s not being used, especially since he moved from Michigan to Central Illinois, where snow doesn’t fall as often or as deeply. Because the snowblower sits idle, last year he discovered that the oil and gas had separated, clogging the machine. When he took it to the shop, he learned that for just a little more money he could switch to a battery-powered snowblower.

So, he made the change and says, “It works beautifully.” As a bonus, he no longer smells like gasoline after clearing his driveway of snow.

“When you design a product, it’s got to serve the users,” he says. And that means being both green and profitable. As he puts it, “There’s a smarter way.”